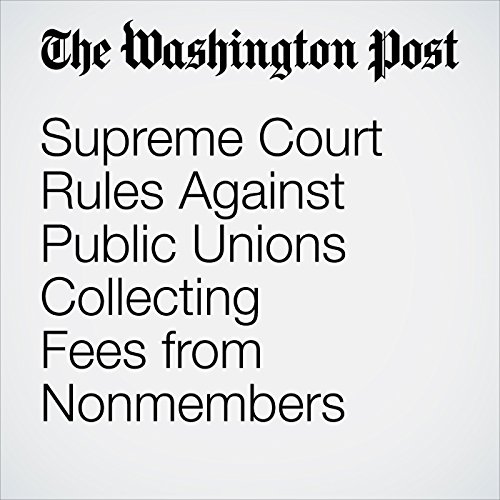 Conservatives on the Supreme Court said Wednesday that it was unconstitutional to allow public employee unions to require collective bargaining fees from workers who choose not to join the union, a major blow for the U.S. labor movement.

"Supreme Court Rules Against Public Unions Collecting Fees from Nonmembers" is from the June 27, 2018 Politics section of The Washington Post. It was written by Robert Barnes and narrated by Sam Scholl.