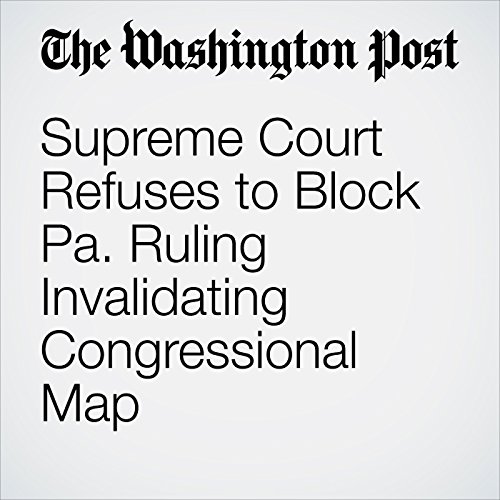 The Supreme Court on Monday denied a request from Pennsylvania Republicans to delay redrawing congressional lines, meaning the 2018 elections in the state will most likely be held in districts far more favorable to Democrats.

"Supreme Court Refuses to Block Pa. Ruling Invalidating Congressional Map" is from the February 05, 2018 Politics section of The Washington Post. It was written by Robert Barnes and narrated by Sam Scholl.