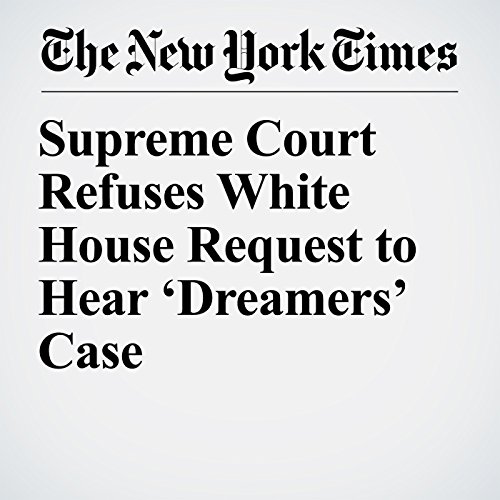 The Supreme Court on Monday declined an unusual White House request that it immediately decide whether the Trump administration can shut down a program that shields some 700,000 young immigrants from deportation. The move meant that the immigrants, often called “Dreamers,” could remain in legal limbo for many months unless Congress acts to make their status permanent.

"Supreme Court Refuses White House Request to Hear ‘Dreamers’ Case" is from the February 26, 2018 U.S. section of The New York Times. It was written by Adam Liptak, Michael D. Shear and narrated by Keith Sellon-Wright.