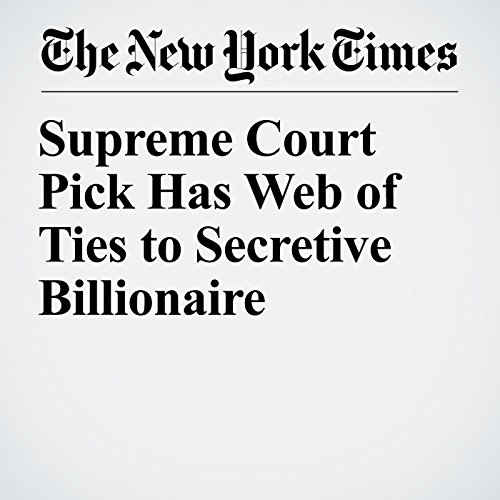 Supreme Court Pick Has Web of Ties to Secretive Billionaire

With the Senate Judiciary Committee set to take up Neil Gorsuch’s nomination next week, Democrats have based much of their criticism of him on the argument that his judicial and economic philosophy unduly favors corporations and the wealthy. But his relationship with Philip Anschutz, 77, whose fortune is estimated by Forbes to be $12.6 billion, has received scant attention.

"Supreme Court Pick Has Web of Ties to Secretive Billionaire" is from the March 14, 2017 U.S. section of The New York Times. It was written by Charlie Savage and Julie Turkewitz and narrated by Barbara Benjamin-Creel.