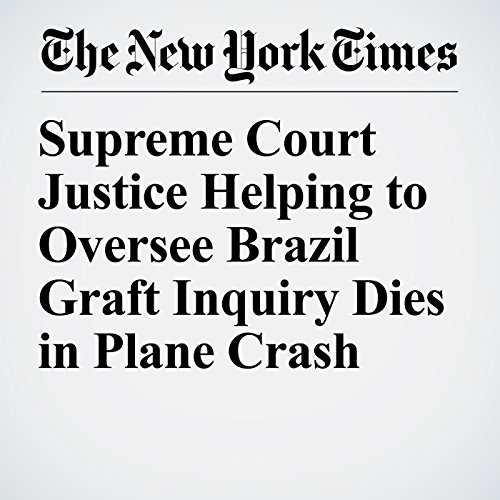 The Supreme Court justice overseeing parts of the investigation into corruption at Brazil’s national oil company died Thursday in the crash of a small plane, stunning the country as investigators are intensifying their efforts to prosecute an array of political figures on graft charges.

"Supreme Court Justice Helping to Oversee Brazil Graft Inquiry Dies in Plane Crash" is from the January 20, 2017 World section of The New York Times. It was written by Simon Romero and narrated by Barbara Benjamin-Creel.