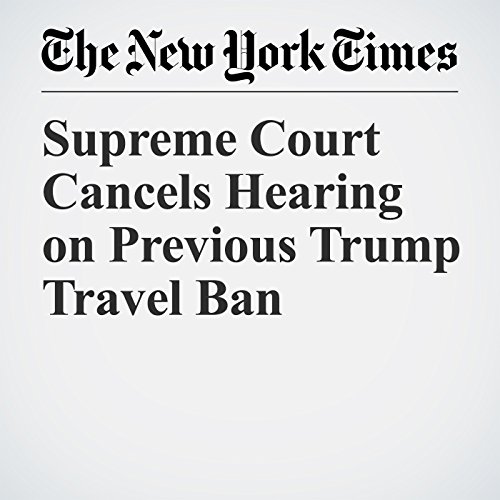 The Supreme Court on Monday canceled arguments on President Donald Trump’s travel ban that had been scheduled for Oct. 10.

"Supreme Court Cancels Hearing on Previous Trump Travel Ban" is from the September 25, 2017 U.S. section of The New York Times. It was written by Adam Liptak and narrated by Barbara Benjamin-Creel.