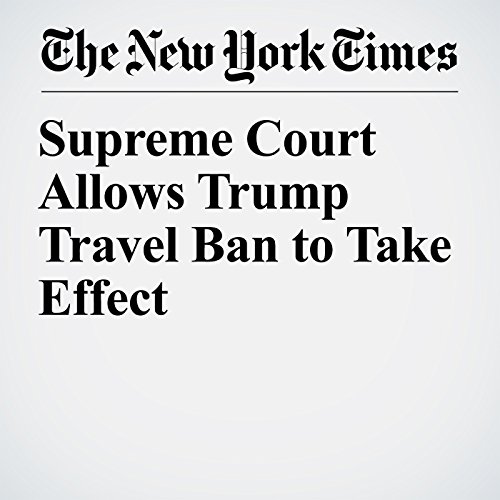 The Supreme Court on Monday allowed the third version of the Trump administration’s travel ban to go into effect while legal challenges against it continue. The decision was a victory for the administration after its mixed success before the court over the summer, when justices considered and eventually dismissed disputes over the second version.

"Supreme Court Allows Trump Travel Ban to Take Effect" is from the December 04, 2017 Politics section of The New York Times. It was written by Adam Liptak and narrated by Keith Sellon-Wright.