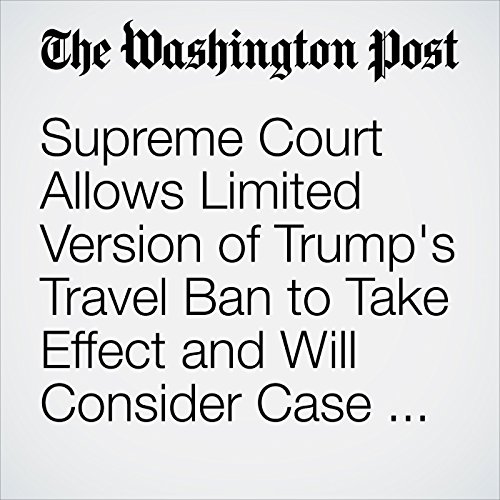 The Supreme Court agreed Monday to allow a limited version of President Trump’s ban on travelers from six mostly Muslim countries to take effect and will consider in the fall the president’s broad powers in immigration matters in a case that raises fundamental issues of national security and religious discrimination.

"Supreme Court Allows Limited Version of Trump's Travel Ban to Take Effect and Will Consider Case in Fall" is from the June 26, 2017 Courts & Law section of The Washington Post. It was written by Robert Barnes and narrated by Sam Scholl.