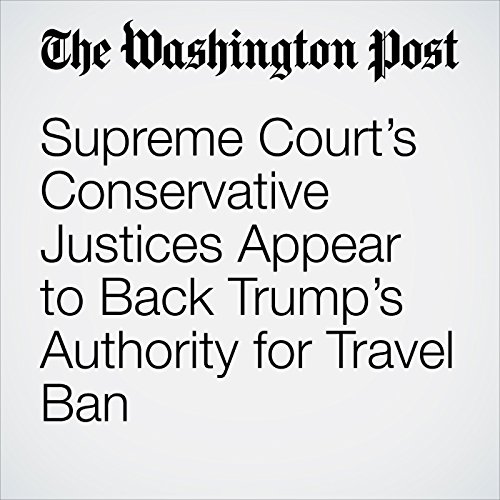 The conservative majority on the Supreme Court seemed to agree Wednesday that President Trump has the authority to ban travelers from certain majority-Muslim countries if he thinks that it is necessary to protect the country.

"Supreme Court’s Conservative Justices Appear to Back Trump’s Authority for Travel Ban" is from the April 25, 2018 Politics section of The Washington Post. It was written by Robert Barnes, Ann E. Marimow and Matt Zapotosky and narrated by Sam Scholl.