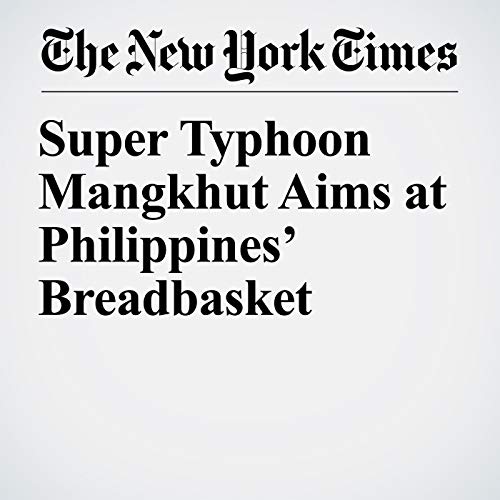 HONG KONG — The Philippines braced Thursday for the onslaught of Super Typhoon Mangkhut, whose 150-mph winds were on a path for a direct hit at the country’s largest and most populous island.

"Super Typhoon Mangkhut Aims at Philippines’ Breadbasket" is from the September 13, 2018 World section of The New York Times. It was written by Gerry Mullany and Felipe Villamor and narrated by Kristi Burns.