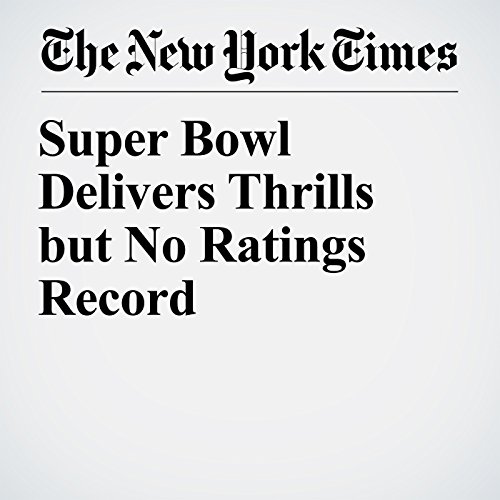 All the ingredients were there for a Super Bowl ratings bonanza. But early indications put the New England Patriots’ 34-28 overtime victory over the Atlanta Falcons on Sunday night down slightly versus last year’s game between the Denver Broncos and the Carolina Panthers. The game notched a 48.8 rating and a 72 household share in the metered market numbers, down from the 49.0 rating and 73 share for last year’s game, according to Nielsen.

"Super Bowl Delivers Thrills but No Ratings Record" is from the February 06, 2017 Business section of The New York Times. It was written by John Koblin and narrated by Fleet Cooper.