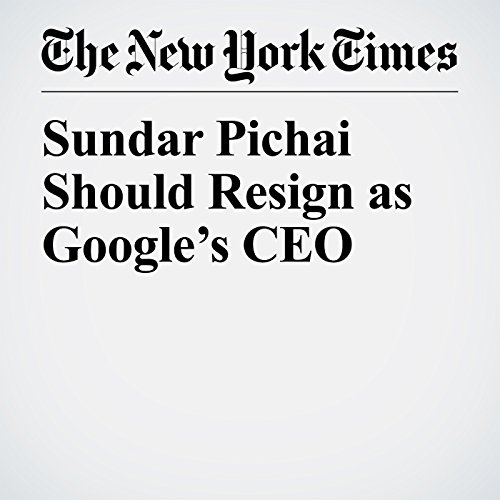 There are many actors in the whole Google/diversity drama, but I’d say the one who’s behaved the worst is the CEO, Sundar Pichai.

"Sundar Pichai Should Resign as Google’s CEO" is from the August 10, 2017 Opinion section of The New York Times. It was written by David Brooks and narrated by Mike DelGaudio.