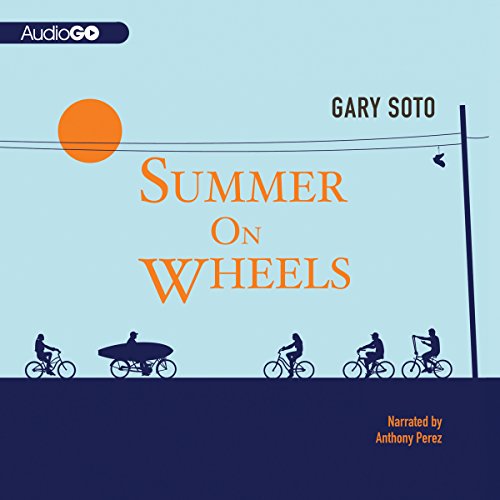 Hector and his amigo Mando are looking for adventure as they hit the road on a leisurely bike trip from their East L.A. neighborhood to the beach in Santa Monica. They've just set out when the fun begins, as Hector literally stumbles into a starring role in a TV commercial. Then he turns out to be the one-millionth fan at a Dodger game--and is escorted to a private box and treated like a VIP!

Before arriving at the beach, the boys record a rap song, paint a mural, and have a good laugh pretending to be wax figures at the Hollywood Wax Museum. But it's the people they encounter along the way who make the trip special--from nerdy cousin Bentley (whom they teach to be cool); to a girl who wants to be an Olympic star and lives in a Beverly Hills mansion complete with two tennis courts and three swimming pools; to Mando's streetwise cousin, Puppet.

In a sequel to the highly praised Crazy Weekend, popular author Gary Soto combines warmth and humor in a lively story of friendship and family.