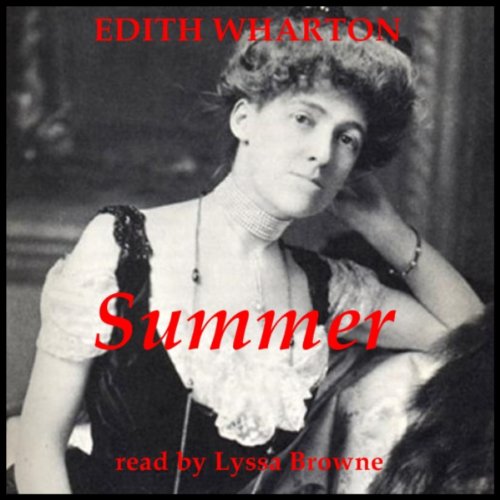 Summer, set in New England, is a novel by Edith Wharton, published in 1917. The novel details the sexual awakening of its protagonist, 18-year-old, Charity Royall, and her cruel treatment by the father of her child. Only moderately well-received when originally published, Summer, has had a resurgence in critical popularity since the 1960s.

Edith Wharton, January 24, 1862-August 11, 1937, was a Pultizer Prize-winning novelist, short story writer, and designer. She was nominated for the Nobel Prize in Literature in 1927, 1928, and 1930. Wharton combined her insider's view of America's privileged classes with a brilliant, natural wit to write humorous, incisive novels and short stories of social and psychological insight. She was well acquainted with many of her era's other literary and public figures, including Theodore Roosevelt.

Lyssa Browne started performing in theatre when she was very young. After receiving a Bachelor of Arts degree in Theatre and Dance she moved to Seattle where she has performed in many area theatre companies. Lyssa's voice can be heard as many different characters in Nintendo and X-Box games, as well as the narrator of documentaries for the Discovery Channel and others.

Not a good Edith Wharton

I've loved the other Edith Wharton Books I've read but this one didn't work for me at all. Her books are usually so suspenseful but this one I thought was just dull. Not the reader's fault, but I couldn't wait for it to end and when it did it was very unsatisfying.

Hard to believe Edith Wharton spent time on this unrelentingly dreary story.
Did not enjoy.

This is my second Edith Wharton book I’ve read. The first one was House of Mirth. I read both books to the end and was so unhappy with the first one but decided to give Ms. Wharton another try with “Summer”. At the end of it I said aloud “I hate Edith Wharton!” How did she ever get published? ...and the narrator wasn’t very good either. Don’t waste a credits on this book.

It's sort of a cross between Tess of the D'Urbervilles and Far From the Massing Crowd. Enjoyed it. The narrator was spectacular.

If you could sum up Summer in three words, what would they be?

Mr. Royall--because of how we come to understand him over the course of the novel

Would you listen to another book narrated by Lyssa Browne?

I love Edith Wharton and found this early short novel appealing in much the same way as The Age of Innocence, though set in a very small New England village and about very different characters. Wonderful descriptions of setting and psychologically realistic and satisfying.