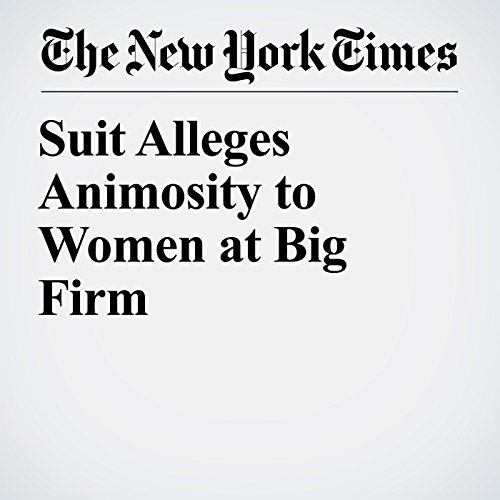 A female executive at the investment firm run by Steven A. Cohen, the billionaire investor, said in a lawsuit that the company was a testosterone-fueled “boys’ club” in which men commented on women’s bodies, belittled their abilities and paid them less than their male peers.

"Suit Alleges Animosity to Women at Big Firm" is from the February 12, 2018 Business section of The New York Times. It was written by Jessica Silver Greenberg and Matthew Goldstein and narrated by Keith Sellon-Wright.