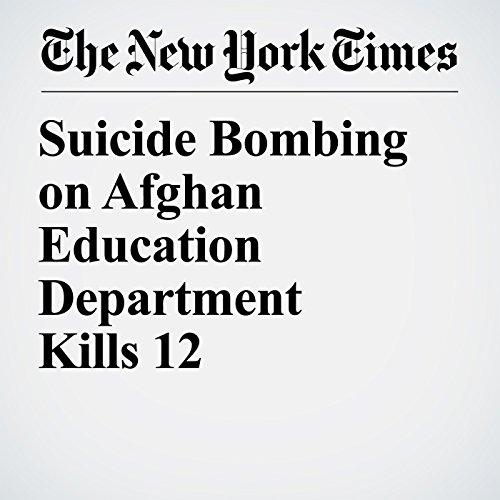 JALALABAD, Afghanistan — Suicide bombers targeted an Education Department building in the eastern Afghan city of Jalalabad on Wednesday, striking the commercial hub for the second time in 24 hours and killing at least 12 people.

"Suicide Bombing on Afghan Education Department Kills 12" is from the July 11, 2018 World section of The New York Times. It was written by Zabihullah Ghazi and Mujib Mashal and narrated by Keith Sellon-Wright.