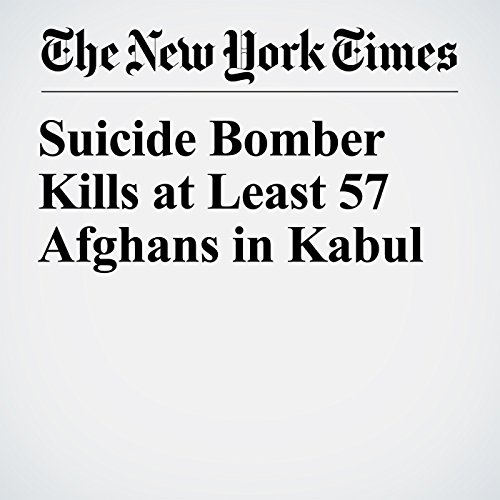 KABUL, Afghanistan — A suicide bomber killed at least 57 people Sunday as they lined up at a government office in Kabul to register to vote, raising new concerns about the potential for violence to undermine Afghanistan’s long-delayed parliamentary elections.

"Suicide Bomber Kills at Least 57 Afghans in Kabul" is from the April 22, 2018 World section of The New York Times. It was written by Mujib Mashal and Jawad Sukhanyar and narrated by Keith Sellon-Wright.