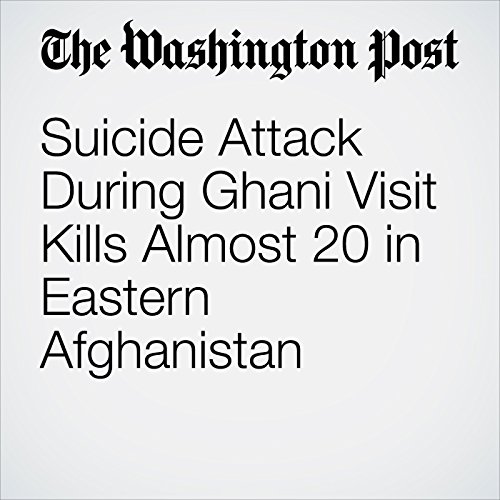 KABUL— A suicide attack near a building where President Ashraf Ghani was meeting with locals in eastern Afghanistan killed nearly 20 people on Sunday, officials said.

"Suicide Attack During Ghani Visit Kills Almost 20 in Eastern Afghanistan" is from the July 01, 2018 World section of The Washington Post. It was written by Sayed Salahuddin and narrated by Sam Scholl.