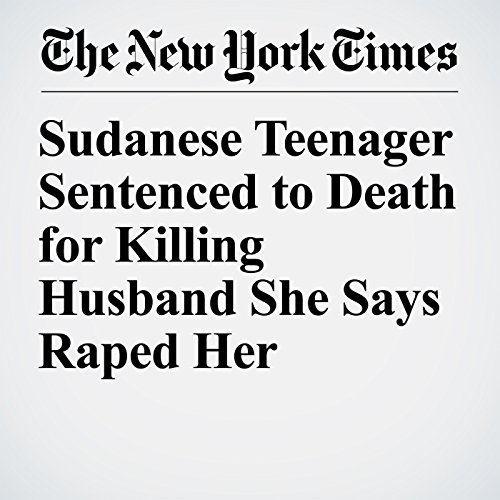 A Sudanese teenager has been sentenced to death for killing her husband in what she said was self-defense as he attempted to rape her, in a case that has ignited international outrage.

"Sudanese Teenager Sentenced to Death for Killing Husband She Says Raped Her" is from the May 11, 2018 World section of The New York Times. It was written by Megan Specia and narrated by Barbara Benjamin-Creel.