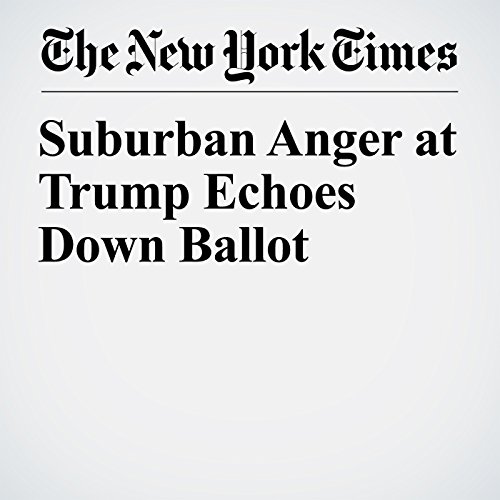 The American suburbs appear to be in revolt against President Donald Trump after a muscular coalition of college-educated voters and racial and ethnic minorities on Tuesday dealt the Republican Party a thumping rejection and propelled a diverse class of Democrats into office.

"Suburban Anger at Trump Echoes Down Ballot" is from the November 08, 2017 U.S. section of The New York Times. It was written by Alexander Burns and Jonathan Martin and narrated by Keith Sellon-Wright.