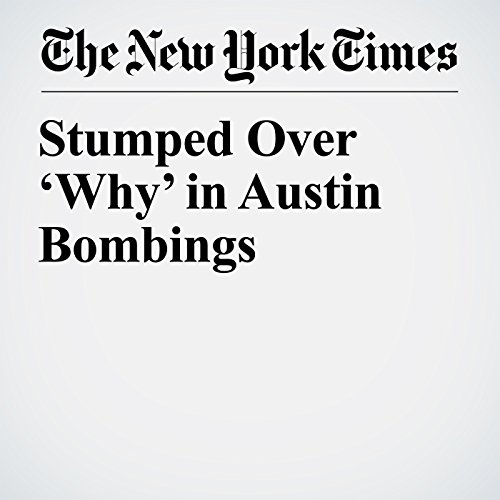 PFLUGERVILLE, Texas — Mark Conditt, the man whose deadly bombing campaign terrorized Central Texas this month, occasionally got his hair cut at Delton’s Pecan Street Barber Shop, less than a half-mile drive from his house in this sleepy suburb north of Austin.

"Stumped Over ‘Why’ in Austin Bombings" is from the March 24, 2018 U.S. section of The New York Times. It was written by Dave Montgomery, Richard Fausset and Jess Bidgood and narrated by Barbara Benjamin-Creel.