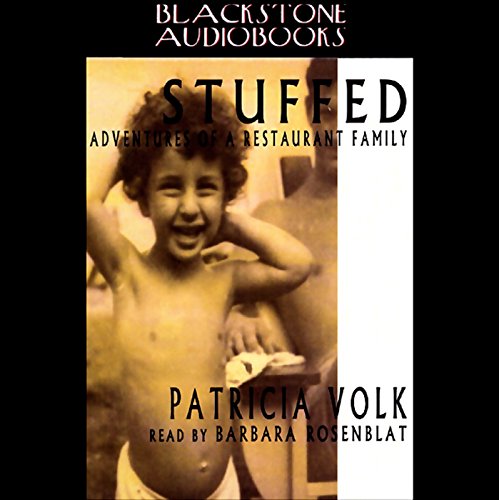 In this wildly funny and charming memoir, Patricia Volk entertains with a unique perspective of New York in the mid- to late-twentieth century and of a bigger-than-life family that owned fourteen restaurants, including Morgen's in the garment district.

Volk's family came to these shores determined to make their mark. Great-grandfather Sussman Volk brought pastrami to the New World. Grandfather Jacob was known as the "most destructive force on Wall Street" and was memorialized by E.B. White as "the greatest wrecker of all time" for his innovative method of demolition. Uncle Albert was the first man to stir scallions into cream cheese. The last of Grandfather Herman Morgen's fourteen restaurants was a famous garment center hangout. One grandmother won the 1916 trophy for "Best Legs in Atlantic City." The other was a 300-pound calendar girl. Ms. Volk's handsome, demanding restaurateur father invented the six-color retractable pen and pencil set and the double-sided cigarette lighter (so you never have to worry which end is up). For three generations, just about every Volk and Morgen (with the exception of Uncle Al, who had an eleven-year affair with Aunt Lil and then refused to marry her because she wasn't a virgin) has, no matter what the circumstances, exhibited a terrifyingly positive attitude. With a cosmic disdain for the status quo, all of them, the tyrants, do-gooders, lovers, martyrs, and fakes, lived at full tilt.

"What the book really memorializes so beautifully isn't just a restaurant, or a now-vanished style of eating, but a city in its rich and juicy prime: New York." (New York Magazine)
"Emotionally luxurious and heart gladdening." (Kirkus)
"The message of Volk's loopy, generous memoir, Stuffed, is that there is no such thing as too much food or too much feeling....Stuffed is just what a good restaurant meal should be; soaked in atmosphere, full of strong flavors, handsome on the plate." (Los Angeles Times)

This book doesn't delve into the history of the family restaurant. I was hoping was an indepth description of the life of a family in the restaurant business.
Instead, I had to keep reminding myself what this book was supposed to be about. There is very little about the family business or any 'adventures' at all pertaining to a restaurant family.

This memoirs became sweeter or stickier as it progressed. It sarted as an interesting description of a family completely involved in the restaurant business in New York. As the family begins to age and retire Patricia Volk looses the light touch of the earlier part of the book.