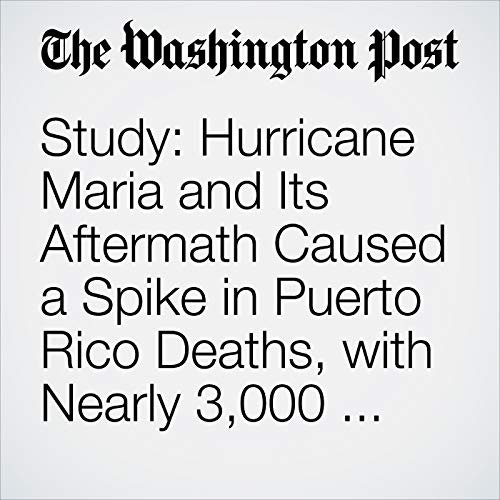 Hurricane Maria’s devastation in Puerto Rico led to a spike in mortality across the U.S. territory, with an estimated 2,975 excess deaths in the six months after the storm made landfall, according to a sweeping report from George Washington University released Tuesday.

"Study: Hurricane Maria and Its Aftermath Caused a Spike in Puerto Rico Deaths, with Nearly 3,000 More Than Normal" is from the August 28, 2018 National section of The Washington Post. It was written by Arelis R. Hernández and Joel Achenbach and narrated by Sam Scholl.