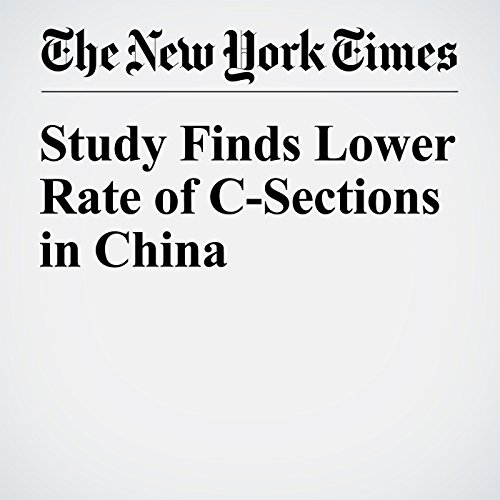 China, which has long been criticized for soaring C-section rates, actually has rates lower than previously reported, although they are still quite high, according to a large new study done jointly by Chinese and American scientists.

"Study Finds Lower Rate of C-Sections in China" is from the January 09, 2017 Science section of The New York Times. It was written by Donald G. McNeil Jr. and narrated by Keith Sellon-Wright.