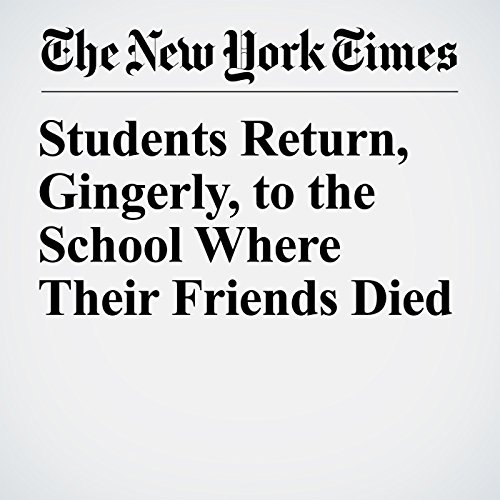 It was time to go back. Back into the high school where they had seen their teachers and classmates gunned down. Where friends from marching band or English class had been killed. Where they had cowered in closets, counted gunshots and wondered if they were going to die.

"Students Return, Gingerly, to the School Where Their Friends Died" is from the February 25, 2018 U.S. section of The New York Times. It was written by Jack Healy, Patricia Mazzei and narrated by Kristi Burns.