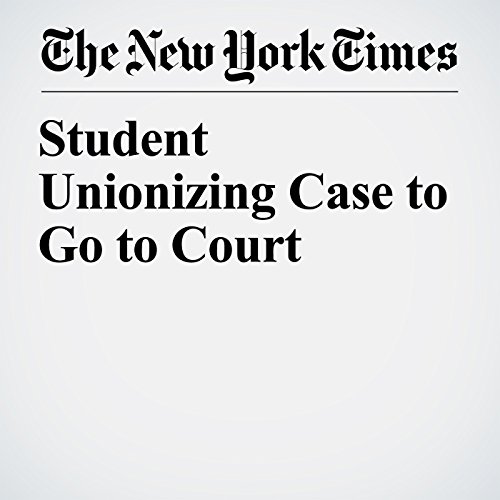 Columbia University announced on Tuesday that it would not bargain with its graduate students who voted to unionize more than a year ago. The case will now wind its way to a federal appeals court.

"Student Unionizing Case to Go to Court" is from the January 30, 2018 U.S. section of The New York Times. It was written by Elizabeth A. Harris and narrated by Keith Sellon-Wright.