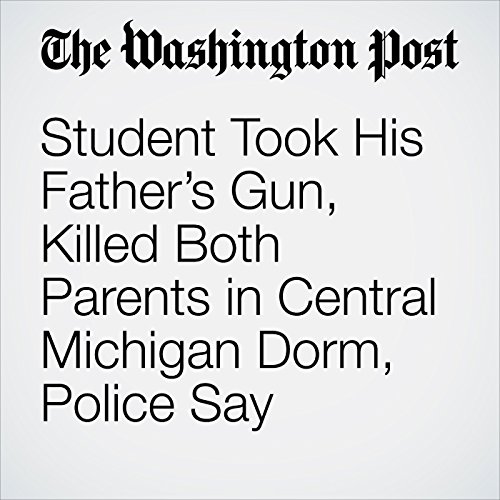 Central Michigan University police called Diva Jeneen Davis on Thursday with a message of concern about the behavior of her son, James Davis Jr., saying that perhaps it would be best if she and her husband came to pick him up.

"Student Took His Father’s Gun, Killed Both Parents in Central Michigan Dorm, Police Say" is from the March 04, 2018 National section of The Washington Post. It was written by Alex Horton and narrated by Sam Scholl.