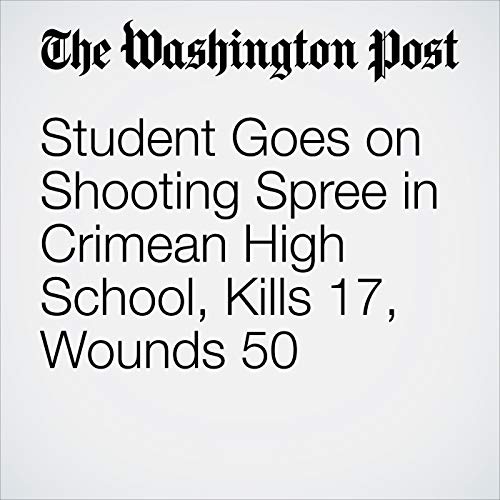 At least 17 people, mostly teenagers, were killed and 50 others were wounded Wednesday when a student went on a shooting spree at his high school in Russian-annexed Crimea, Russian authorities said.

"Student Goes on Shooting Spree in Crimean High School, Kills 17, Wounds 50" is from the October 17, 2018 World section of The Washington Post. It was written by Amie Ferris-Rotman and narrated by Sam Scholl.