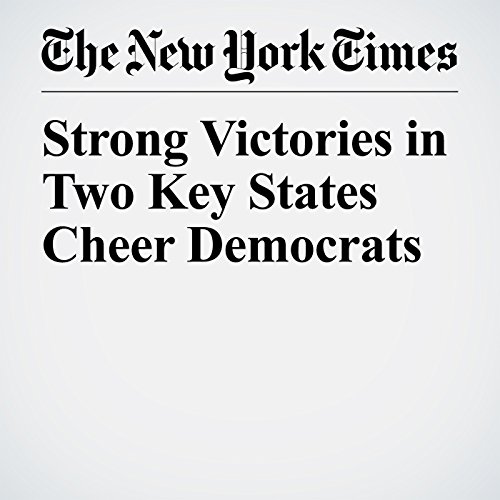 Voters delivered their first forceful rebuke of President Donald Trump and his party on Tuesday night, with Democrats exploiting Trump’s deep unpopularity to capture the governorships in Virginia and New Jersey and make significant inroads into suburban communities that once favored the Republican Party.

"Strong Victories in Two Key States Cheer Democrats" is from the November 08, 2017 U.S. section of The New York Times. It was written by Jonathan Martin and Alexander Burns and narrated by Keith Sellon-Wright.