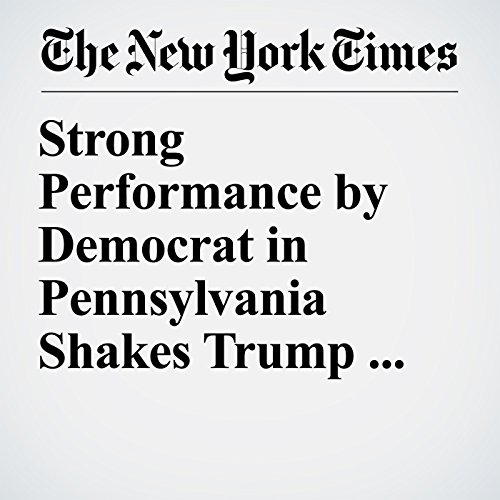 LOS ANGELES — President Donald Trump was hanging out here in the land of earthquakes, but he was 2,500 miles away from the tremor that really shook his party Tuesday night.

"Strong Performance by Democrat in Pennsylvania Shakes Trump and GOP" is from the March 14, 2018 U.S. section of The New York Times. It was written by Peter Baker, Michael D. Shear and narrated by Keith Sellon-Wright.