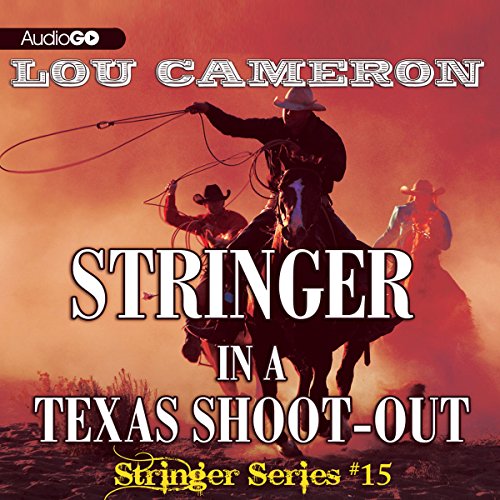 Stringer in a Texas Shoot-Out

When a legendary old gunslinger finally meets his Maker in some godforsaken West Texas town, Stringer heads to the scene for what he thinks is a routine story. But when he gets to Comanche Woe, it turns out he's landed in the middle of a dust storm of trouble. It's open season on wanted men. A wily varmint called Buckskin Jack Blair has crowned himself Marshal. And murderous vigilantes and bounty hunters are crawling out of the woodwork. When the bullets start flying, Stringer can't tell the outlaws from the lawmen…he’d better keep both eyes open and his shooting hand ready if he wants to live to tell this tale.