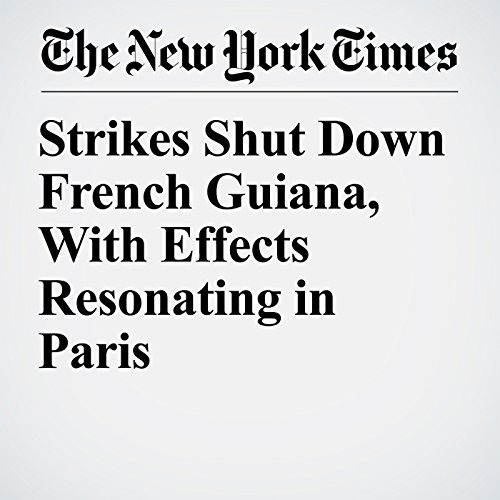 A general strike and widespread protests over high crime and economic hardship paralyzed French Guiana Monday, as the government struggled to quell growing unrest that has disrupted travel, closed schools and thrust one of France’s often-overlooked overseas territories into the spotlight of the presidential campaign.

"Strikes Shut Down French Guiana, With Effects Resonating in Paris" is from the March 27, 2017 World section of The New York Times. It was written by Aurelien Breeden and narrated by Fleet Cooper.