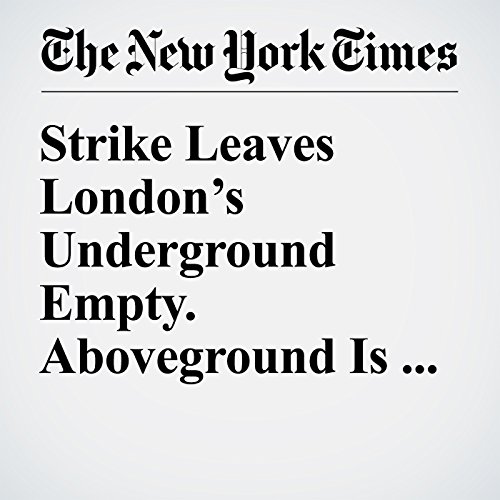 Londoners struggled to maintain their poise Monday after a 24-hour strike on the Underground forced the evacuations of subway stations, left buses dangerously crammed and made thousands of commuters walk for hours to get to and from work.

"Strike Leaves London’s Underground Empty. Aboveground Is a Different Story." is from the January 09, 2017 World section of The New York Times. It was written by Kimiko De Freytas Tamura and narrated by Keith Sellon-Wright.