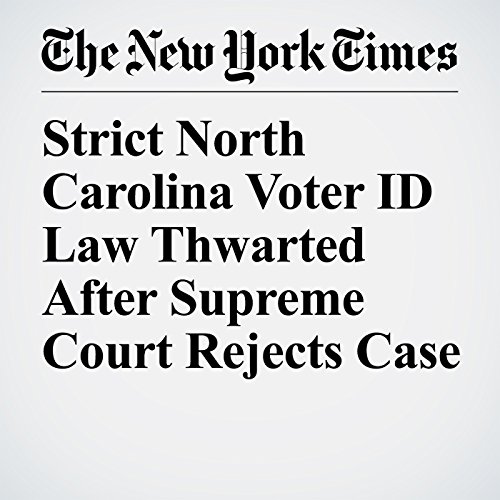 The Supreme Court on Monday announced that it would stay out of a fight over a restrictive North Carolina voting law. The move left in place a federal appeals court ruling that struck down key parts of the law as an unconstitutional effort to “target African-Americans with almost surgical precision.”

"Strict North Carolina Voter ID Law Thwarted After Supreme Court Rejects Case" is from the May 15, 2017 U.S. section of The New York Times. It was written by Adam Liptak and narrated by Kristi Burns.