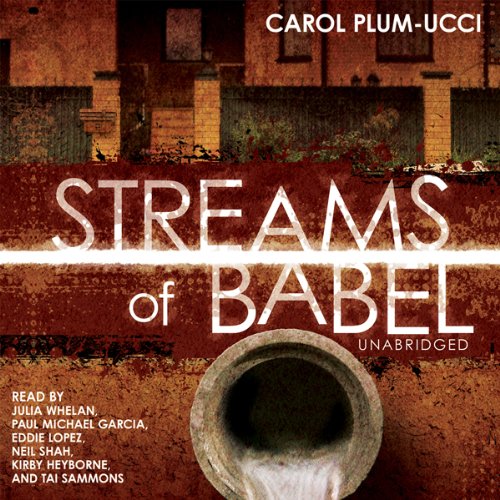 Whatever you do, don’t drink the water.

When Cora Holman’s mother dies, she assumes the inevitable: that her mother overdosed on the painkillers she’d been taking for years. So she’s shocked to learn that her mother and a neighbor both died of a brain aneurysm the same night. When Cora and other neighborhood teens become ill with a mysterious flu, and government-type strangers arrive in her small town, they all fear the unthinkable - a terrorist attack.

Meanwhile, a world away in Pakistan, a 16-year-old computer genius named Shahzad is working as a virtual spy. He’s alarmed to see an influx of chatter about a sub-stance called Red Vinegar that will, as he reads, “lead to many deaths in Colony One.”

Can Shahzad sift through the babble of the chat room, find the location of the attack, and warn the victims in time? And if so, at what cost to him?

Carol Plum-Ucci is the author of numerous novels for teens, including The Body of Christopher Creed, a Michael L. Printz Award Honor Book that was also nominated for the Edgar Allan Poe Award for Best Young Adult Mystery. She lives in southern New Jersey.

“The characters…are well drawn and have unique voices.… Ultimately, this is a tautly paced thriller that will force readers to think about the complexities of living in a post-9/11 world.” (School Library Journal)
“Gripping…Fans of suspense will discover a thrilling ride." (VOYA)
“Rich with unanswerable questions and timely urgency, the book captures the frailty of post-9/11 American life.” (Horn Book)

Fits the times-- scary but possible!

What did you love best about Streams of Babel?

the reality of this type of terrorism

never underestimate what a terrorist group is willing to do

such a great story!

The narrators were amazing at bringing each character to life! I couldn't stop listening!