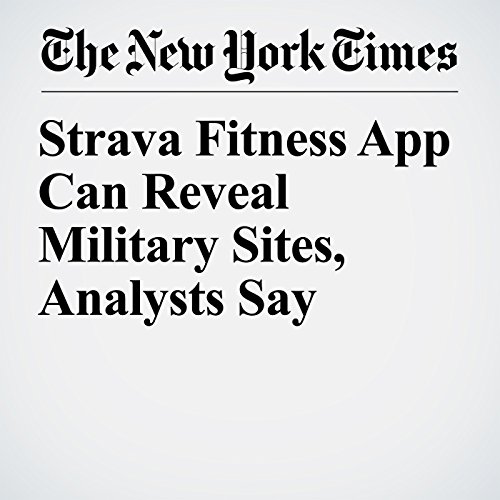 A fitness app that posts a map of its users’ activity has unwittingly revealed the locations and habits of military bases and personnel, including those of U.S. forces in Iraq and Syria, security analysts say.

"Strava Fitness App Can Reveal Military Sites, Analysts Say" is from the January 29, 2018 World section of The New York Times. It was written by Richard Pérez Peña and Matthew Rosenberg and narrated by Keith Sellon-Wright.