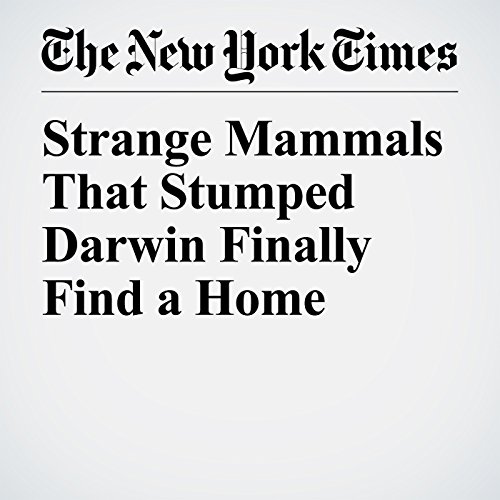 When Charles Darwin first found its fossils in southern Patagonia during his Beagle voyage, he was baffled. He sent specimens to Richard Owen, an English paleontologist, who guessed the animal was a gigantic, llamalike beast and named it Macrauchenia, meaning “large llama.”

"Strange Mammals That Stumped Darwin Finally Find a Home" is from the July 03, 2017 Science section of The New York Times. It was written by Steph Yin and narrated by Kristi Burns.