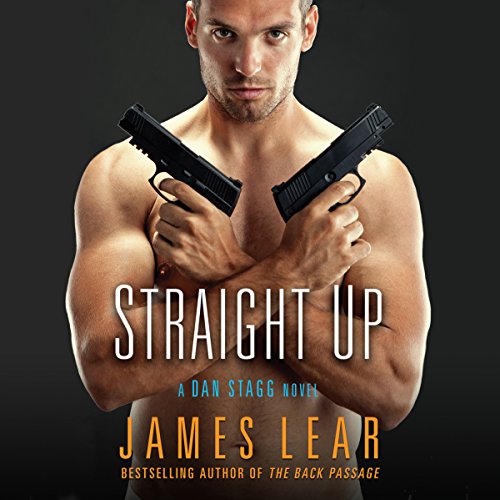 Who is trying to kill the members of an elite special ops team that worked off the radar in Iraq in the '90s? It's up to Dan Stagg to track down the survivors - the men with whom he stormed an undefended surveillance station, killing everyone inside. And now, many years later, the team is being targeted in what seems like a series of unrelated attacks. Dan teams up with his old comrade Al Benson, once a rising star of the USMC, now a respectable married civilian with a few secrets to hide. As they dig deeper into the secrets of the past, Dan discovers that Benson's looking for more than just answers. An explosive affair threatens everyone's future, and connects Dan to a past he thought he'd left behind.

I agree with many reviewers that Dan was a disappointment in this second book of this series. His self centeredness overwhelmed the story, which itself was too long. Too much time was spent in Dan's head what-ifing. There was a bitterness in Dan that made no sense and his decision at the end didn't ring true for his character, at least for me. The way that he dismisses his real affection towards loved ones was disappointing and felt false. I hope Lear continues this story, however. Dan has some growing up to do. I'm still rooting for him.

Agh so that’s how to whore!

Great story don’t expect a happily ever after not your typical love story. The performance was awesome! Aiden and Austin Bates you need this guy to read your books. A cheater always thinks their lover is also a cheater. Overall great storyline

Most despicable lead character ever...

This book is not erotic...it's merely sad, dreary and pathetic. The plot twists are utterly unbelievable. Trust me, the military Did NOT discharge someone for being homosexual and then send them a gilded invitation to rejoin when DADT was abolished...Good Grief!

Couldn't stand any of the characters

The plot and ending was an anticlimax and I didn't like any of the characters.

Damn I wish this wasn't the end of the series! Such great mysteries, but - wow - Dan Stagg is incredible. I just want to know what happens to him... I'm not going to spoil it for anyone by commenting here, but I'd give anything to find out what the next 6-18 months of his life bring him.

And that ending gah, I'm going to go back and re-read the last two chapters because they were so heartbreaking and intense and wonderful and just so Dan.

Also - gotta say, both audio books were wonderful. I usually bear a grudge when they switch narrators during a series, but both Charles Carr who did The Hardest Thing and Todd Stevens who did this one were spectacular. They each brought something different to Dan's character and I loved them both.

James Lear books are a guilty pleasure for me. So I new this book was not going to be a compelling book. The book is sixty percent sex and forty percent plot. The plot is good. The narrator did a great job.

This was a very interesting story. The storyline was great and I was surprised that Dan turned out to be a dick. A hero with a lot of issues. I would really liked the story if it didn't have the heavy duty sex scenes.

I Enjoyed it. The narration was amazing and the story and mystery solid. Recommended.

But "Staight Up" what?

The writing is excellent, the narration is excellent, but the story itself, not so much. Probably a little too close to reality? The main character has issues, (don't we all, lol) makes everything worse by doing things based on assumptions. This isn't a love story. It's a lot of sex with different people. He does fall in love, or so he says, but the ending is heartbreaking for all. Kind of like real life sometimes.