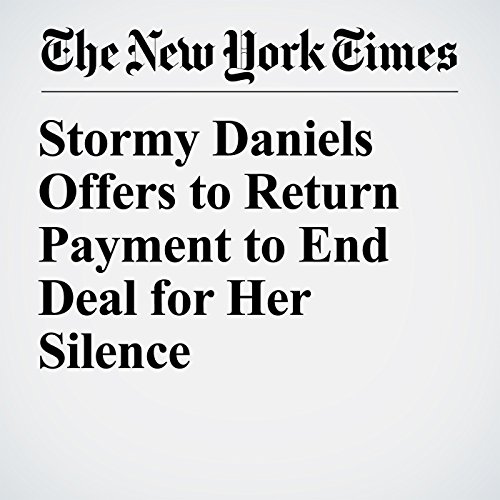 The pornographic film actress who says she had an affair with President Donald Trump offered on Monday to return $130,000 she received from Trump’s personal attorney in 2016 for agreeing not to discuss the alleged relationship.

"Stormy Daniels Offers to Return Payment to End Deal for Her Silence" is from the March 12, 2018 Business section of The New York Times. It was written by Jim Rutenberg and narrated by Fleet Cooper.