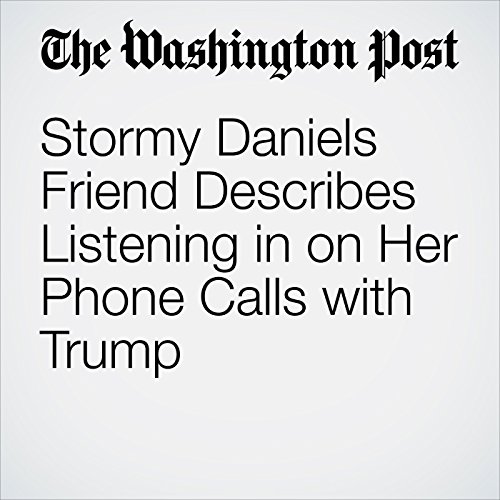 A close friend of Stormy Daniels is confirming her affair with Donald Trump more than a decade ago — saying he listened in on their phone conversations — and defending her efforts to get out of the $130,000 hush agreement she made shortly before the 2016 election.

"Stormy Daniels Friend Describes Listening in on Her Phone Calls with Trump" is from the March 13, 2018 National section of The Washington Post. It was written by Beth Reinhard, Rob Kuznia and narrated by Sam Scholl.