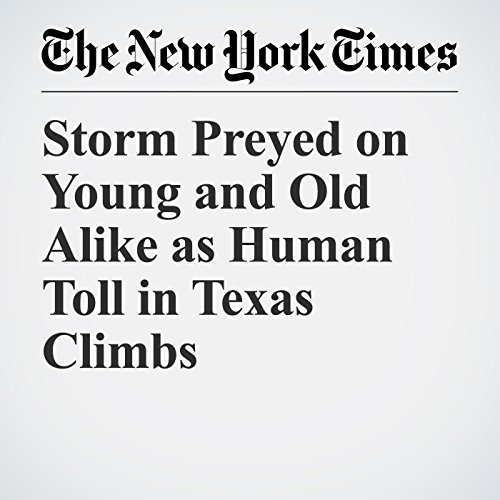 As the floodwaters recede, the picture of Harvey’s devastation is becoming clearer. But the range of victims and their circumstances, with some found alone in their homes and others lost while undertaking rescue operations, reflect the wide reach of a storm that battered young and old alike.

"Storm Preyed on Young and Old Alike as Human Toll in Texas Climbs" is from the September 02, 2017 U.S. section of The New York Times. It was written by Julie Bosman and narrated by Keith Sellon-Wright.