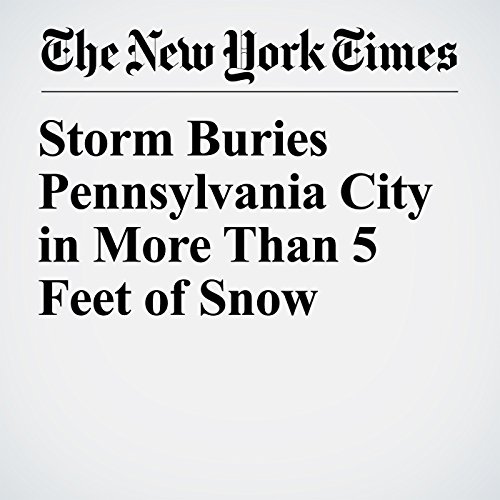 A holiday storm has blanketed the lakefront city of Erie, Pennsylvania, in more than 5 feet of snow this week, burying streets and driveways in mountains of powder and ice, forcing residents to abandon their incapacitated cars and shattering several snowfall records.

"Storm Buries Pennsylvania City in More Than 5 Feet of Snow" is from the December 26, 2017 U.S. section of The New York Times. It was written by Matt Stevens and Sandra E. Garcia and narrated by Kristi Burns.