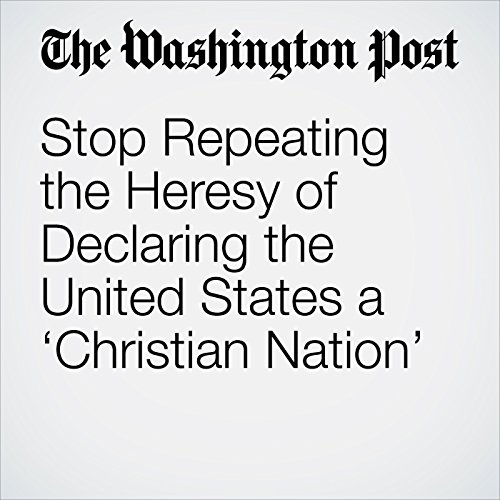 You cannot pledge allegiance to a nation state and its flag and the name of God, for God has no political boundary. God is love, period. God is universal, nameless, faceless, and with no allegiance to anything other than love.

"Stop Repeating the Heresy of Declaring the United States a ‘Christian Nation’" is from the February 09, 2017 Opinion section of The Washington Post. It was written by Sufjan Stevens and narrated by Jenny Hoops.