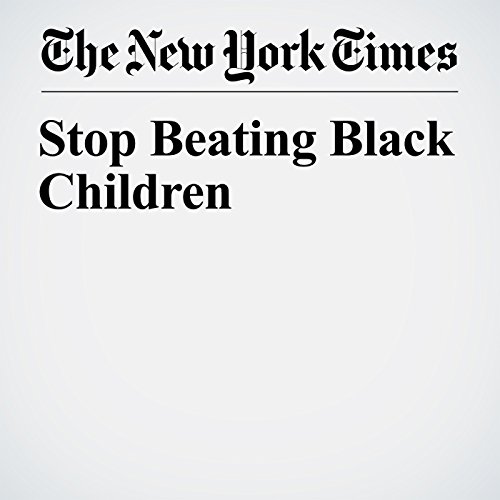 Before white America enslaved millions of Africans, whuppings were not a parenting tool embraced by my ancestors. In fact, there is no evidence that ritualistic physical punishment of children existed in pre-colonial West African cultures, where children were viewed as sacred and purer than adults, and sometimes even as reincarnated ancestors or gods.

"Stop Beating Black Children" is from the March 10, 2017 Opinion section of The New York Times. It was written by Stacey Patton and narrated by Barbara Benjamin-Creel.