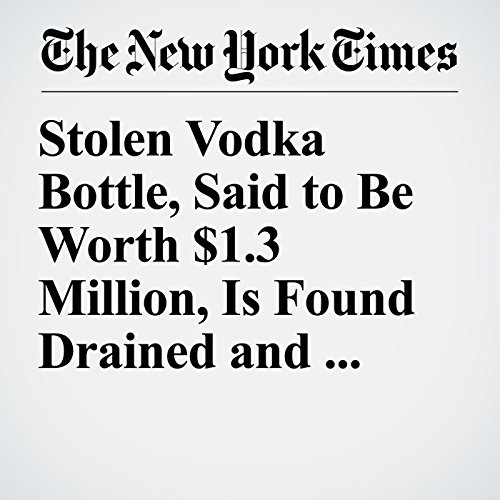 COPENHAGEN — It was meant to be a collector’s secret, but someone knew the secret, stole the secret and, it seems, drank the secret: what the owner calls “the most expensive vodka bottle in the world.”

"Stolen Vodka Bottle, Said to Be Worth $1.3 Million, Is Found Drained and Dented" is from the January 06, 2018 World section of The New York Times. It was written by Martin Selsoe Sorensen and narrated by Keith Sellon-Wright.