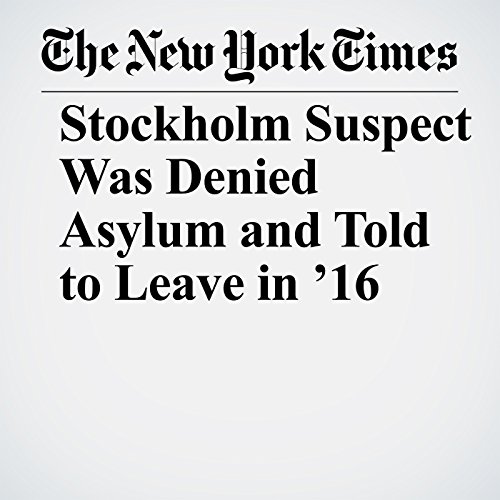 The Uzbek man arrested in the terrorism rampage in central Stockholm last week was an asylum seeker whose application was rejected and who in December was given four weeks to leave the country, Swedish police said on Sunday.

"Stockholm Suspect Was Denied Asylum and Told to Leave in ’16" is from the April 09, 2017 World section of The New York Times. It was written by Christina Anderson and narrated by Keith Sellon-Wright.