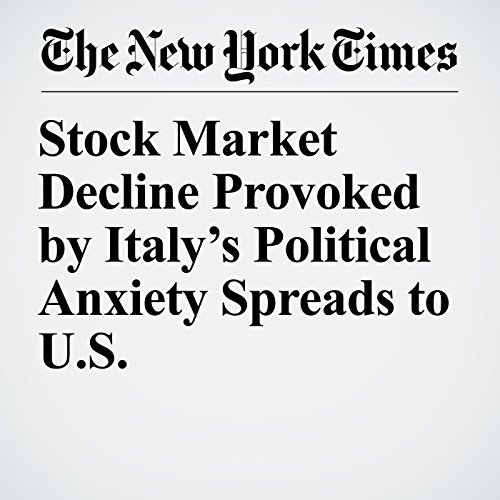 Stock markets in the United States slipped in early trading on Tuesday, amid concerns that growing political uncertainty in Italy could weigh on global economic growth and reignite questions about the stability of the European single currency.

"Stock Market Decline Provoked by Italy’s Political Anxiety Spreads to U.S." is from the May 28, 2018 Business section of The New York Times. It was written by Prashant S. Rao and Matt Phillips and narrated by Fleet Cooper.