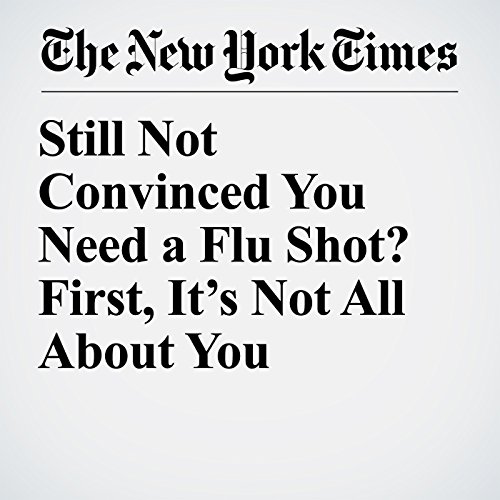 One of the biggest problems in trying to convince people that they need to immunize against things like the flu is that they don’t really feel the pressure. After all, for most people, the flu shot is an inconvenience, and they’re unlikely to get the flu in a given year. So why bother?

"Still Not Convinced You Need a Flu Shot? First, It’s Not All About You" is from the January 15, 2018 U.S. section of The New York Times. It was written by Aaron E. Carroll and narrated by Keith Sellon-Wright.

Cosa pensano gli ascoltatori di Still Not Convinced You Need a Flu Shot? First, It’s Not All About You