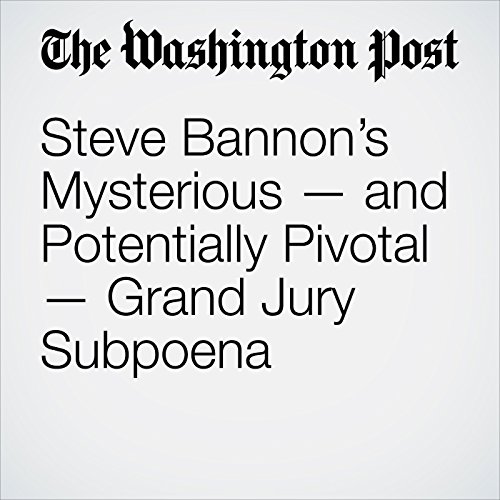 There have been a few moments in the Russia investigation that, in retrospect, seemed to indicate a notable shift or an expansion. The day President Trump fired FBI Director James B. Comey. The Lester Holt interview. When we first found out about the meeting with the Russian lawyer. The early-morning raid of Paul Manafort's Virginia residence. Michael Flynn's guilty plea.

"Steve Bannon’s Mysterious — and Potentially Pivotal — Grand Jury Subpoena" is from the January 17, 2018 Politics section of The Washington Post. It was written by Aaron Blake and narrated by Sam Scholl.