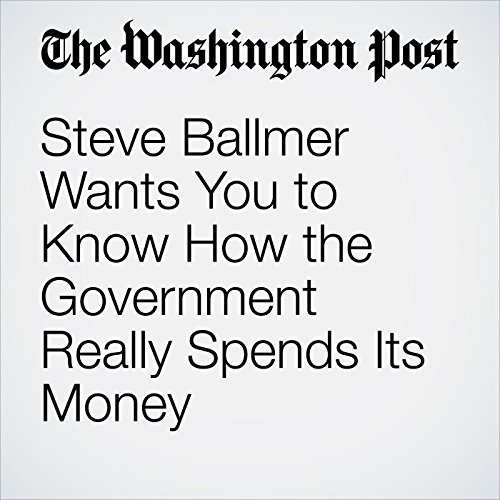 Former Microsoft chief executive Steve Ballmer seemed to be following the script for retired tech billionaires. After retiring in 2014, the now 61-year-old bought a sports team. (His Los Angeles Clippers are playing in the NBA playoffs.) He signed on to teach a management course at a top business school. He started thinking more about philanthropy.

"Steve Ballmer Wants You to Know How the Government Really Spends Its Money" is from the April 19, 2017 Tech section of The Washington Post. It was written by Jena McGregor and narrated by Sam Scholl.